Thanks for stopping by.

Moonchild
Paducah, KY, United States
I'm married, mother of three, work-at-home artist from the South. I reside in Paducah, KY, raised in Erin, TN. My family is still there. I'm a bit of a tree-hugging hippie who loves to paint, create and make Primitives. I sell online and love what I do. I have far too many hobbies. I like to read, garden, knit, paint, sew, cook, watch movies, practicing tai chi, bellydancing, junking and more. Many of those things, I'm not really 'good' at, but hey, I do what I like. I sing too but can't carry a tune in a bucket! hehe. I love to laugh and hang with family & friends, but I can be very secluded at times. I'm a Libra, guess that explains that one. We have a fatcat, Louie. Life is good! Namaste.


This doll is about 27" tall. A skeleton doll dressed for Day of the Dead festivities!


This bird is just spooky enough to make the perfect Halloween prim. He's 18" tall, before you add the makedo base!


With his doctor's bag , scapel, top hat n cape, this fella is ready for a night out on the town! ...

Visit my website for ALL my INSTANT DOWNLOADABLE E-PATTERNS!! www.moonchildsprimitives.com

Don't miss out!!
This weekend ONLY!!

Email me your choices to wkveal@comcast.net and
I'll invoice you via Paypal.
Have a great holiday weekend!!!
Donna
www.moonchildsprimitives.com

Posted by Moonchild at 9:39 AM No comments:

This has been a very hard year for me.
Beginning right after Thanksgiving 2009 my family was caught up in a whirlwind of hospital stays after finding out my Dad had a lung tumor. At the same time, my mother-in-law was
hospitalized with heart problems and has dementia that is gradually progressing. She moved
to a facility close to my brother-in-law in MO. In the meantime, I was at the hospital and on
a roller-coaster with my Dad.
He passed away Jan. 7th, 2010. The loss is tremendous. His family is very close and the grief has been hard. He was buried Jan. 9th. It was a Saturday.
Jan. 12th, we received a call that my husbands brother had died. My husband went to Dyersburg, TN to help make plans for his funeral and he was buried Jan 16, Saturday.
We went home to Paducah, taking my mother with us. Then, my sister called saying my uncle
had been trampled by a horse. This was my dad's brother. He was in very serious condition and being air-lifted to Vanderbilt in Nashville. We brought my mom back home to TN and my uncle passed away from his injuries Jan 21st. Two weeks to the day that my Dad passed. He was buried on Jan. 23. Saturday. Three funerals in a row.
Everyone has been just beside themselves with grief. It's going to take a long time to recover
from all the loss.
I stay with my mom a lot to try to help her out. In doing so, it makes me miss my husband and kids so much. Like I've also had another loss... But you do what you have to do. You have to take
care of eachother. That's what family is.
My husband has been my rock thru all this and I hope I'm a comfort to him as well.
I have a dear friend, Jackie. She had found out she too had lung cancer before my dad was sick. She found out Sept '09 right after her bday. She passed away last week after a long, painful battle with cancer. She passed May 10th.
May 11th would have been my mom and dad's 50th wedding anniversary.
I know as time goes on...we all will adapt and heal but...I'm not sure when the hurting gets better...
One day, I guess.
Jan 2009, my friend Jennifer lost her daughter and granddaughter in a car accident. A few months before, she lost her dad.
My husband's father passed April 2006
My daughter lost two friends to suicide March, 2007
My friend, Shirley lost her husband, March, 2007
My husbands uncle passed 2008, my aunt passed August 2008
My son's fiance' lost both her parents Sept 2007

Life is complicated and hard to deal with, but we move forward and go on for eachother and for
ourselves. For love.
I love and treasure my family SO very much.
I love my friends.
I'm so thankful for the blessings we have and that we have each other.
I love you all.

Namaste,
Donna
Posted by Moonchild at 7:50 AM 4 comments:

Just email me your pattern choices and I'll
send you an invoice thru Paypal.
(include your paypal email address)


Have a warm, happy and safe holiday.
*hugs*
Donna

Posted by Moonchild at 8:56 PM No comments: 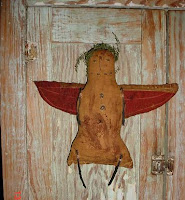 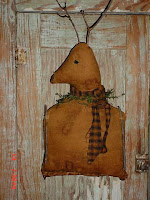 New Listings on Ebay!! Both of these are finished dolls. I'll add the patterns SOON!
Donna
Click here~ to go to my Ebay listings.
Posted by Moonchild at 3:07 PM No comments:

Have an awesome FRIDAY the 13th TODAY!!!
Make this your Primmin' day.
Create!!!

Namaste,
Donna
Posted by Moonchild at 8:02 AM No comments: